Utica
Lt. Col. Joe Gutheinz (Joe) grew up in Utica, New York in a German American working class neighborhood. His father, Joseph A. Gutheinz, was a hard working milkman who delivered milk by way of a horse and carriage, and did other odd jobs during the Great Depression to feed his family. Joseph A. had one great passion, his daily trips to the neighborhood German bar. Joe was blessed with three gifts as a child, he had a superb singing voice, and went on tour; was an outstanding soccer player, and earned a varsity letter; and was a gifted student, who at age 17 graduated from high school one year early to join the U.S. Marines. Prior to December 7, 1941, Joe, like his family and friends, opposed America's entry into World War II. On December 7, 1941, like most German American's, they suddenly became hawks.

World War II
Lt. Col. Joe Gutheinz (Joe), wanted to join the Navy on his first day of eligibility, following in the footsteps of one of his friends. When he walked into the U.S. Marine Corps Recruiting Office to locate the Navy, the recruiter told Joe something alien to a Marine. He told Joe that the Marines were part of the Navy, and that he could join the Navy by joining the Marines. Joe fell for it, and then that recruiter gave Joe a foot up; that is at 5'5" tall, Joe was two inches too short for the Marines, so the recruiter had Joe stand on his foot to qualify. Joe subsequently received his training at Paris Island Marine Corps Boot Camp.

China
Lt. Col. Gutheinz served in Tientsin China as a 17 year old Private First Class in the First Marine Division, from 1945 to 1946. As An infantry rifleman his primary mission was protecting the Nationalist Chinese from his rooftop post. PFC Gutheinz respected the Chinese people, but was appalled to find baby girls disguarded in the river. 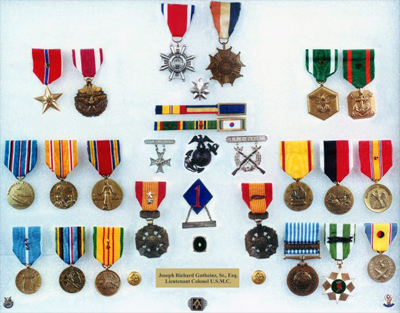 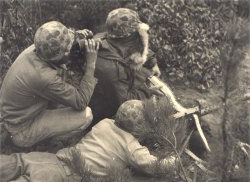 Korean War
In the Korean War from 1952 to 1953, Lt. Col. Gutheinz was a First Lieutenant and Executive Officer of Company G, Third Battalion, Fifth Marines, First Marine Division (Reinforced). Lt. Gutheinz was decorated in that war for disregarding danger while under heavy enemy fire by directing the evacuation of the wounded from Combat Outpost Number Two on 2 November 1952, and repeating that hazardous mission in the vicinity of Combat Outpost Carson on 3 February 1953; and for relieving another company at Combat Outpost Vegas on 30 March 1953. Lt. Gutheinz relief of Combat Outpost Vegas was part of the Nevada Cities Campaign which commenced on 26 March 1953, when thousands of Chinese soldiers attacked Combat Outpost Carson, Vegas and Reno, resulting in over 1000 Marine fatalities. In one of the patrols First Lt. Gutheinz led, every Marine who served under him was killed or wounded. Lt. Gutheinz also served on Bunker Hill, Hill 155 and Personality Hill which had the motto, "forsaken by the devil and inhabited by Marines." 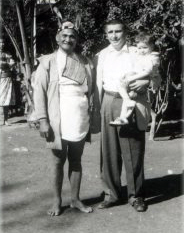 Vietnam/Da Nang
In 1965 Lt. Col. Gutheinz, then a Major, participated in the landing of Marines at DaNang. This landing of the 3rd Marine Corps Division signified America's formal entry into the Vietnam War. While in Vietnam his son Patrick died, his second child to die young. The first was Patricia. Patrick was buried near his maternal grandfather at Arlington Cemetery.

Amphibious Group Three, U.S. Seventh Fleet/TET Offensive
As Assistant Intelligence and Ground Order of Battle Officer on the Staff of Commander Amphibious Force, U.S. Seventh Fleet, from 8 February 1967 to 30 September 1967, Lt. Col. Gutheinz, then a Major, was decorated for his incisive reasoning and broad knowledge of intelligence matters as they related to reaching conclusions in the achievement of allied goals in Vietnam and the Task Force 76 Mission. Major Gutheinz's most important accomplishment was forecasting the TET Offensive. Major General J.J. McMonagle (USMC Ret), former commander of the First Marine Division and Camp Pendleton, addressed this important accomplishment of Lt. Col Gutheinz, at Lt. Col. Gutheinz's funeral at the Riverside National Cemetery on February 4, 2000. As an Intelligence Operative in Vietnam, Major Gutheinz went behind enemy lines and across enemy borders gathering information.

Third Marines, Third Marine Division
As Regimental Intelligence Officer for Third Marines in Vietnam from 21 July 1968 to 4 December 1968, Lt. Col. Gutheinz, then a Major, provided Intelligence Reports which proved invaluable in the conduct of combat operations; made recommendations concerning targets for artillery, air and naval gunfire missions, and directed the scope and location of reconnaissance missions.

Operation Home Coming
In 1972 and 1973, while assigned to Camp Pendleton California, Lt. Col. Gutheinz was the U.S. Marine Corps representative in Operation Home Coming, the mission to bring American POW's back from North Vietnam. Lt. Col. Gutheinz flew all over the world to help facilitate the recovery of this nations POW's. The most famous of the POW's to come home was most likely Senator John McCain. 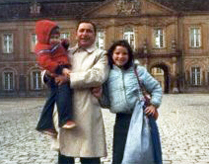 Law Practice
For 20 years Lt. Col. Joe Gutheinz (Joe) practiced family law in San Diego California; where he gained a reputation as a friend of military enlisted personnel, often handling their cases pro-bono (free). In 1995 Joe was forced to give up his law practice due to the great burden his Parkinson’s disease was imposing on him. Up until that point he worked seven days a week, 12 or more hours a day.

Lt. Col. Joe Gutheinz was married to Rita O'Leary Gutheinz after the Korean War. She was a former Marine Corps enlisted woman, a former high school basketball captain and bar room bouncer who was every bit the match for Joe's tough Marine persona. Rita grew up in an affluent family that lived on Embassy Row in Washington D.C. Her father Martin Joseph O'Leary invented fiberglass paper, which has many uses, to include the material used to make paper money. Her sister Mary Jean (O'Leary) Matthews, M.D. was one of the most accomplished cancer researchers in American history. 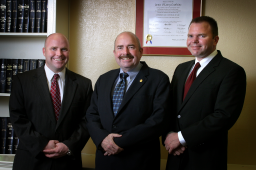