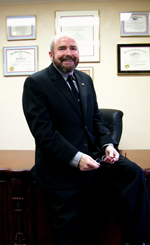 Joe Gutheinz is licensed to practice law in ten courts, including the Texas Supreme Court; the United States Court of Appeals for the 5th, 10th, and 11th Circuits; the U.S. Court of Appeals for the Federal Circuit; and the United States Supreme Court. He is a former Commissioner on the Texas Commission on Fire Protection, a Former Commissioned Member of the Texas State Council on Sex Offender Treatment, and a Former Commissioned Member on the Texas Department of Criminal Justice Advisory Committee on Offenders with Medical and Mental Impairments. As a college instructor, he has taught over 200 graduate and undergraduate Criminal Justice, Risk Management, and Paralegal classes for three colleges. He is a former Adjunct Professor at Thurgood Marshall School of Law, where he taught Mediation. 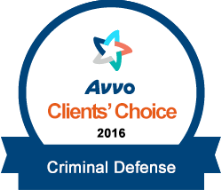 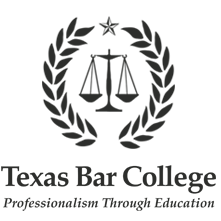 He has served as a consultant on aviation and space-related cases. He is a retired Senior Special Agent with NASA’s Office of Inspector General and a former Special Agent with both the U.S. Department of Transportation Office of Inspector General and F.A.A. Civil Aviation Security. He is a former Army Intelligence Officer and Aviator. For his service, he has received the President’s Council on Integrity and Efficiency Career Achievement Award, the NASA Exceptional Service Medal, the NASA Superior Accomplishment Award, the U.S. Army Meritorious Service Medal, and a Special Commendation from the United States Attorney’s Office for the Southern District of Texas. He is an Honorary Lieutenant Governor of Oklahoma and an Honorary Harris County Deputy Sheriff. He is a past top graduate of the Federal Law Enforcement Training Center’s Criminal Investigator’s Course, holds six college degrees and eight teaching credentials, and is a Certified Fraud Examiner. He has been featured in several documentaries on one of his cases; was the subject of a novel by Joe Kloc; has appeared on the BBC, Fox, the Oprah Winfrey Network, and the History Channel and has been quoted in news stories all over the world. He has written numerous magazine stories and Op/Ed’s, on topics as diverse as space exploration, aviation security, and the grand jury system.

In 2014, Joseph R. Gutheinz was selected by the National Trial Lawyers for its "Top 100 Trial Lawyers"; The Houstonia Magazine listed him as one of the "Top Lawyers of 2014"; he appeared on Brad Meltzer's Lost History Show, on the History Channel 2; he appeared in Troy Hale's documentary "Missing Moon Rocks" and he was written about or quoted in the following books: "Apollo 11: 164 Most Asked Questions" by Craig Cooley"; "The Jake Gyllenhaal Handbook" ; "Who Traveled to the Moon", by Neil Morris; "Indian News Media: From Observer to Participant"; by Usha M. Rodrigues and Maya Ranganathan; and "Attorney at Law: 47 Most Asked Questions", by Bryan Figeroa.

In 2016 Joe Gutheinz appeared as himself on eleven episodes of NASA’s Unexplained Files on the Science Channel, where a few of his NASA cases were featured, to include his investigations of the Russian Mir Space Station fire and collision; his undercover sting operation to recover the Honduras Goodwill Moon Rock (Operation Lunar Eclipse) and his investigation of a NASA Astronaut and CIA Impersonator. Gutheinz continued to film the full-length movie, Operation Lunar Eclipse, where he is featured as an actor in a movie about an investigation he conducted almost two decades earlier. He was again given a perfect AVVO rating; listed as a Top Lawyer by Houtonia Magazine and as a Top 100 Lawyer by the National Trial Lawyers Association. He also provided expert assistance on a high-profile case involving NASA. 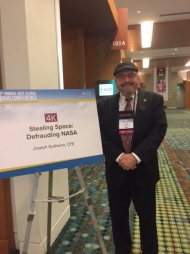 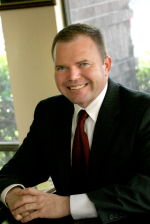 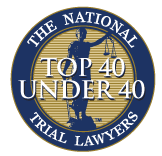 Michael Gutheinz was recognized by The National Trial Lawyer’s: Top 40 Under 40 in 2016. 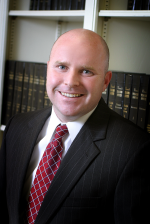 James Gutheinz was recognized by The National Trial Lawyer’s: Top 40 Under 40 in 2016.

James O’Leary Gutheinz graduated from the University of St. Thomas, Magna Cum Laude, with a B.A. in Political Science and a minor in Theology. He was Commissioned an Officer in the United States Army Reserve and graduated from Adjutant Officer Basic Course in 2005. James Gutheinz was mobilized as an active-duty officer in the Army for five years and simultaneously completed law school at South Texas College of Law in December of 2010. While at South Texas College of Law, James interned at a certified domestic violence clinic-Aid to Victims of Domestic Abuse (AVDA)-where he participated in complex family law cases by assisting victims in need of legal services. He also interned for the Prosecutor's Office of Pearland, Texas, where he gained vast knowledge in municipal cases dealing with violations of the transportation code and various other misdemeanors. James' focus is primarily on Family Law.